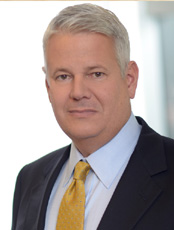 Mr. Jones, CFA, is Founder and President of North Star Partners, LP. Since its founding in January 1996, North Star has been an alternative investment program that is dedicated to value investing and focuses on the small-cap sector of the U.S. equity markets. Prior to the formation of North Star, Mr. Jones was a Managing Director at Tweedy, Browne Company, LP. Mr. Jones is a former director of Certus Bank, NA, Cornell Companies, Inc. and Chem Rx Corporation. He is a Chartered Financial Analyst and is a member of the New York Society of Securities Analysts. Mr. Jones received a BS in Finance from Ithaca College and an MBA in Finance from the University of Chicago.