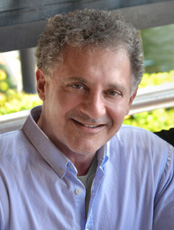 In 1992, Dan joined the Wall Street firm, Salomon Brothers as a senior analyst following the Packaging and Industrial Industries. In 1994, Dan became one of Salomon’s youngest partners. He also ranked “Top Analyst” in the prestigious Institutional Investor Survey for nine straight years.

In 2004, Dan co-founded KSA Capital Partners, a long/short equity hedge fund which became one of the top performing funds in the industry as noted by Barron’s. “Not many hedge-fund managers trace their investing roots to a factory floor. But that’s how Daniel Khoshaba, one of the world’s best-performing long/short equity-fund managers, came to understand the industrial, consumer and materials stocks.” – Barron’s September 30th, 2013 issue titled, “Talking with Daniel Khoshaba Hands-On-Investor”. That same year, Hedge Funds Review voted KSA the Best Long/Short equity hedge fund in the Americas.

In 2012, Dan self-funded and co-founded City Sunstone Properties.  Between 2012-2016, CSP acquired retail strip malls, shopping centers, office complexes, and raw land for development. The company’s portfolio primarily consisted of newer properties in sub-markets with strong demographics and high traffic counts.  Much of the portfolio was sold at multiples of CSP’s initial investment between in 2016 and 2018.

Dan has been a board member of NYSE and NASDAQ companies, a partner at major Wall Street firms and successful real estate investor and developer for over 30 years.  Dan has built and managed numerous investment and operational teams in his businesses and has strong capital markets experience.  Dan earned a bachelor’s degree from DePaul University and an MBA from the University of Chicago.