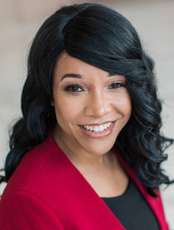 Ms. Carter currently serves as the Lead Director, the Chair of the Nominating and Corporate Governance Committee, and as a Member of the Compensation Committee and the Related Party Transactions Committee of Braemar Hotels & Resorts, Inc. (NYSE: BHR). Ms. Carter has been a practicing attorney since 2005, specializing in civil litigation, contractual disputes and providing general counsel and advice to small businesses and individuals. Ms. Carter serves as Senior Counsel at the law firm of Estes Thorne & Carr PLLC, a position she has held since November 2017. From 2011 to November 2017, Ms. Carter served as a principal at the law firm of Stefani Carter & Associates, LLC.

In addition, Ms. Carter served as an elected representative of Texas House District 102 in the Texas House of Representatives (the “Texas House”) between 2011 and 2015, serving as a member on several Texas House committees, including the Committee on Appropriations, the Energy Resources Committee, and the Select Committee on Criminal Procedure Reform during that period. Ms. Carter also served as a member and Vice-Chair of the Texas House Committee on Criminal Jurisprudence during that period. From 2008 to 2011, Ms. Carter was employed as an associate attorney at the law firm of Sayles Werbner, PC and from 2007 to 2008 was a prosecutor in the Collin County District Attorney’s Office. Prior to joining the Collin County District Attorney’s Office, Ms. Carter was an associate attorney at Vinson & Elkins LLP from 2005 to 2007.